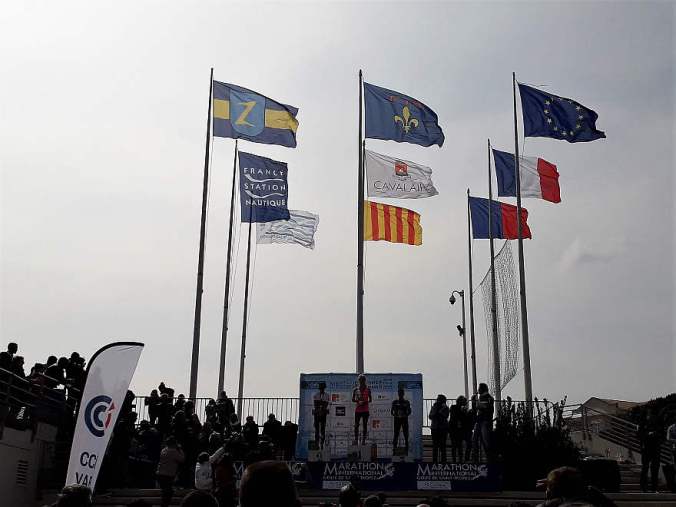 Winners of the Women’s Race

Marathon of the Gulf of St Tropez 2018

Yesterday was a triumph!
The first ever Marathon of the Gulf of St Tropez, from St Maxime to Cavalaire sur Mer was run in glorious sunshine. 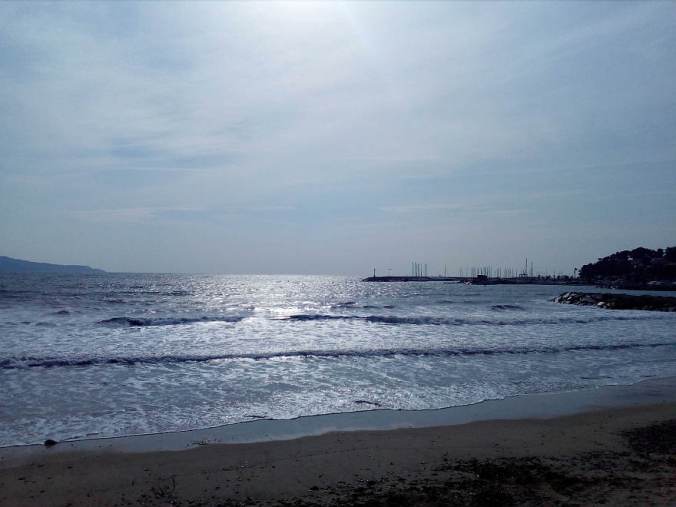 View at the Finishing Line

The runners were encouraged all along the route by enthusiastic spectators who turned out in great numbers from all the small towns involved.

There was an air of festivity at the finishing line in Cavalaire, with what appeared to be the whole town out to celebrate. 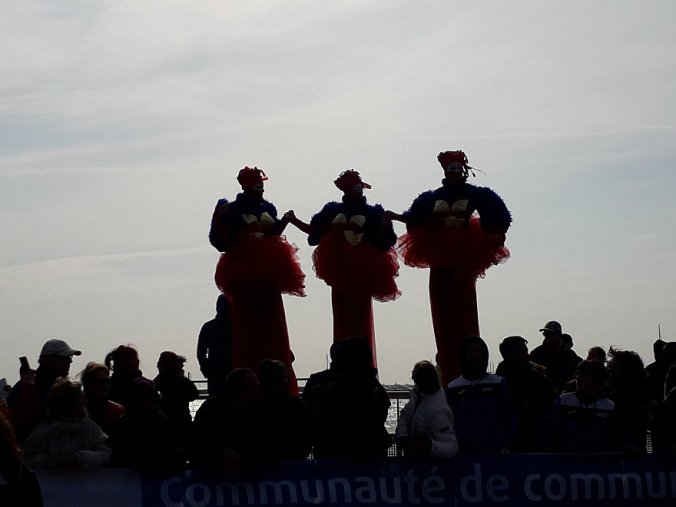 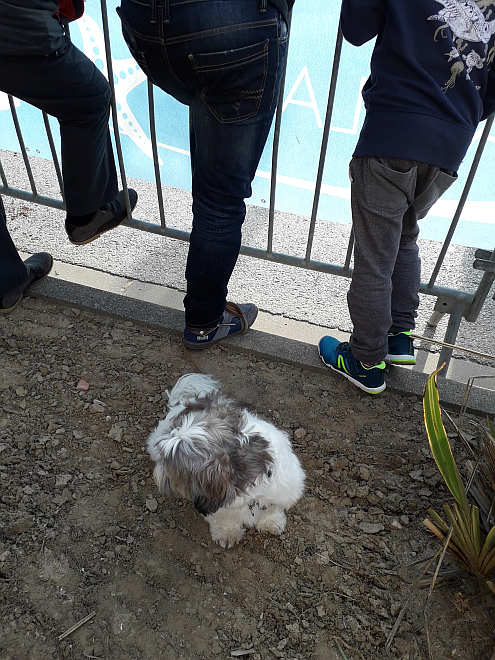 Goodies for the runners

We are not experts in world running, but it was no surprise that the first three home in the Men’s Race were superb athletes from Kenya, a country renowned for its outstanding long-distance champions.

The winner hurtled by at such speed – after 26 miles! – that we didn’t get his photo!
This gentleman took second place.

And a special word for our ubiquitous sound technician, Patrice Tavernier, known as Titou, who expertly provides the stuff that no one notices.

We moved a kilometre or so down the course to watch a succession of heroes complete their journey.

And to listen to our friend Pierre Marceau and his superb group, Papy & the Chics Filles play a selection of Rock standards, including songs by the Beatles, the Rolling Stones, Sting, et al. 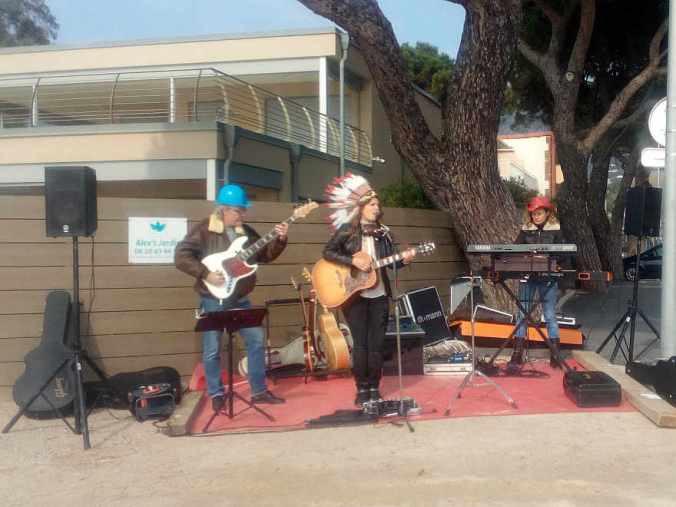 But the real star of the day was undoubtedly the setting, Provence and the Côte d’Azur. 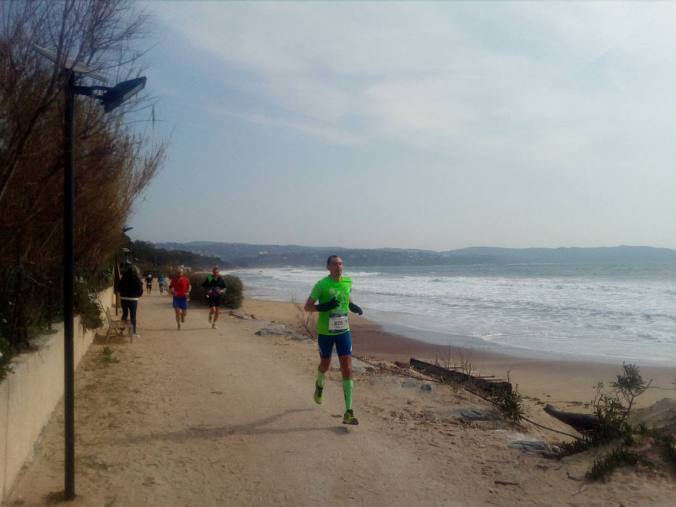 And a final word to our Mayor, Philippe Leonelli, who was instrumental in the creation of this event, and who we saw anchor the last leg of a relay, galloping home as though he was running for re-election.
And, to finish, some of the day’s real heroes. 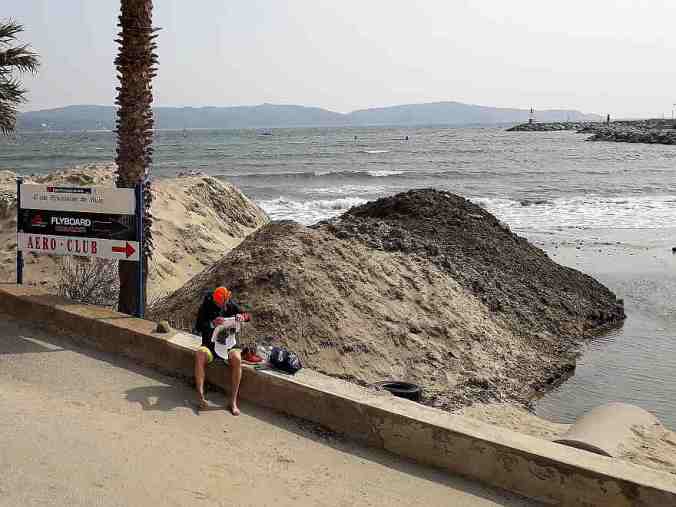 Maybe next year we will get into shape…

Your writer thinks about next year…