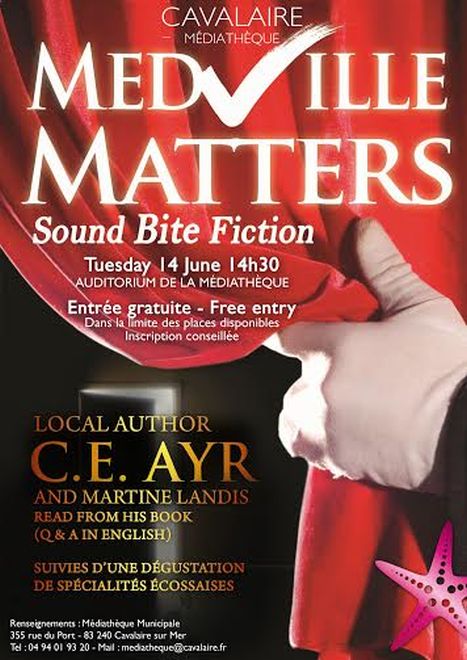 Elvis in Las Vegas.
The Beatles at Shea Stadium.
The Stones in Cuba. 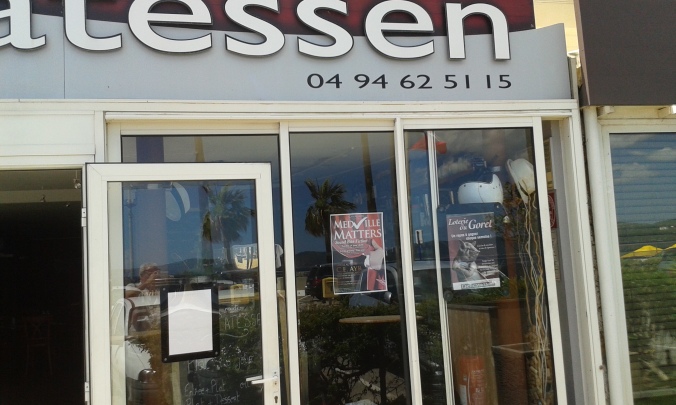 Meet the writer and his editor.
A dry-humoured Scot and an effervescent French-American.
C. E. Ayr and Martine Landis are a bilingual literary double act.
He is not usually allowed into polite society unmuzzled, but on this occasion he will actually speak.
Yep, words, sentences, stories! 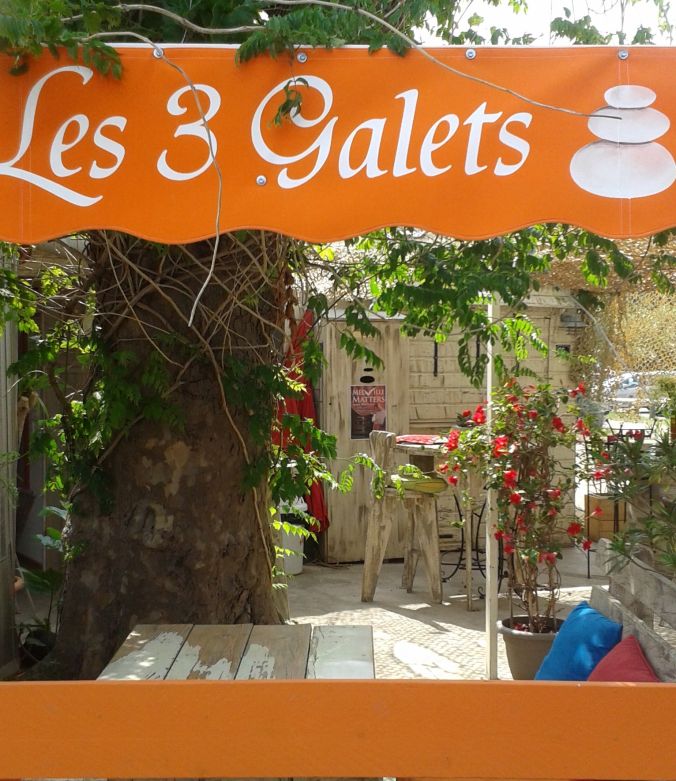 He will also, under Em’s strict supervision, answer questions form the assembled masses who flock to La Médiathèque, or Multi-media Library.
Although not necessarily in the same language as they are asked.
(Despite Emmy’s best efforts, he is nowhere near house trained.) 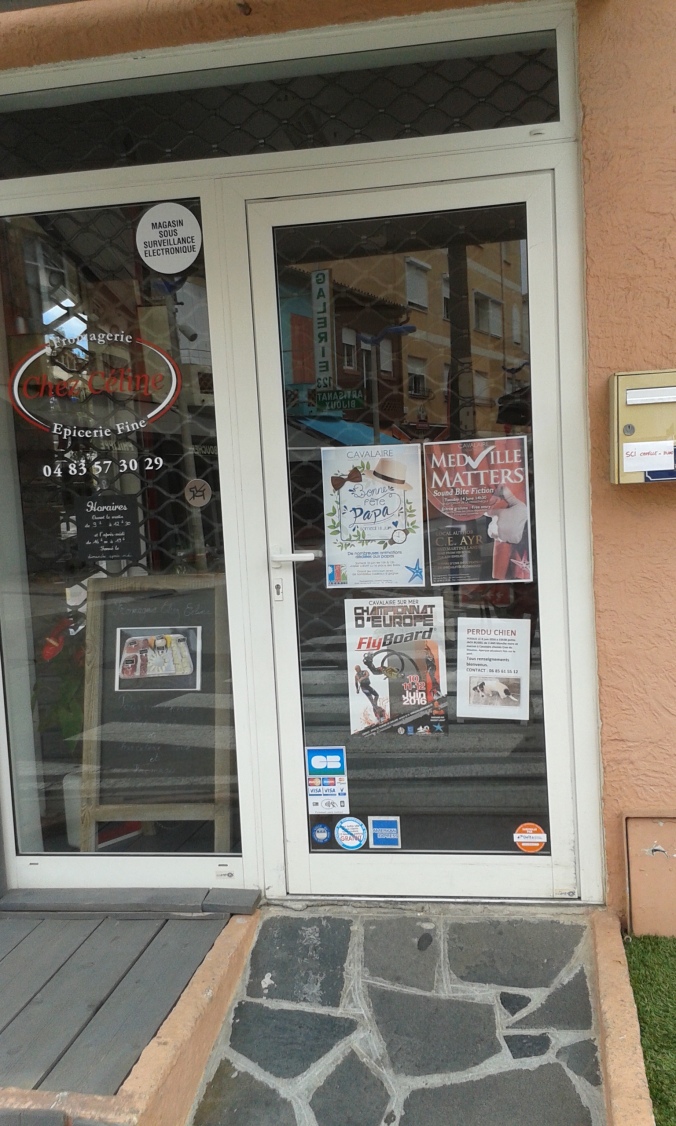 For those of you who do not read French, the bit at the bottom says this.

Followed by a taste of Scottish delights.
The author is demanding porridge and haggis, but suspects that he will be overruled on the grounds of Public Health and Safety.

Come along and taste the goodies, they will be delicious, je suis sûr. 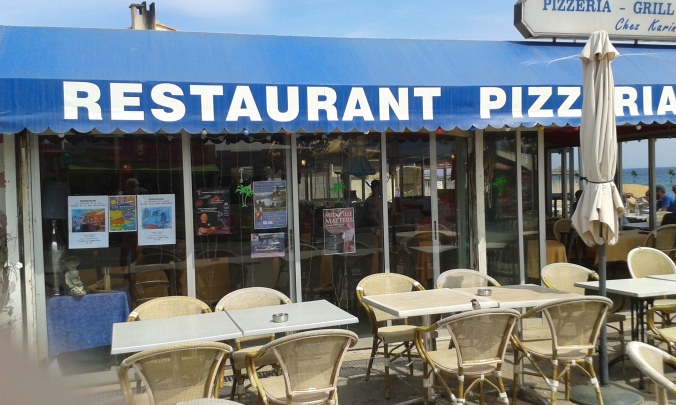 This is your final warning.

*The Official Affiche, or Poster, which will appear in Var Matin and BaVar,  on trees and walls, in shops and bathrooms, litter bins and hamster cages across the Civilised World. 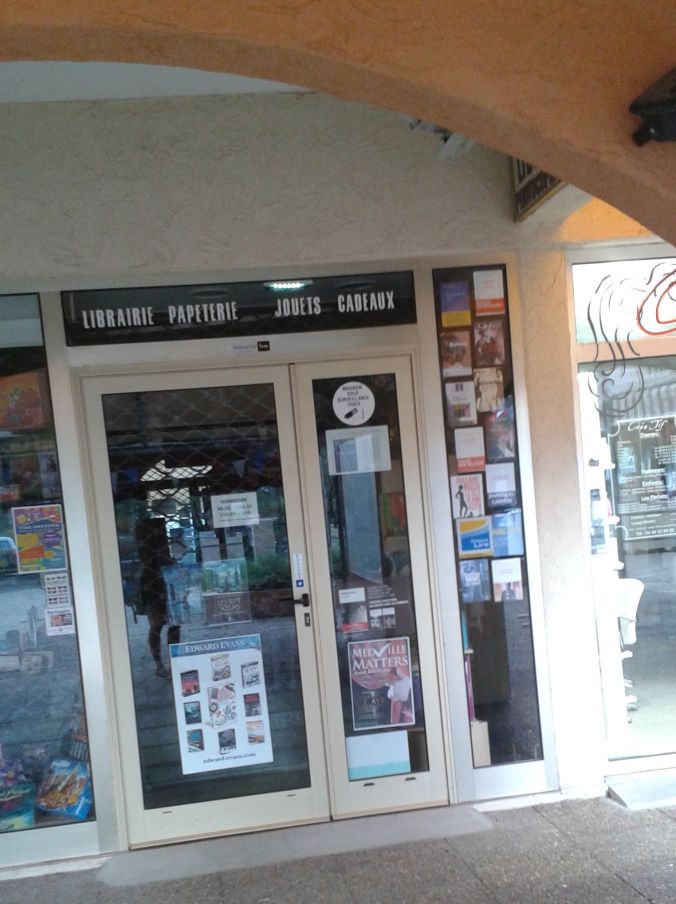 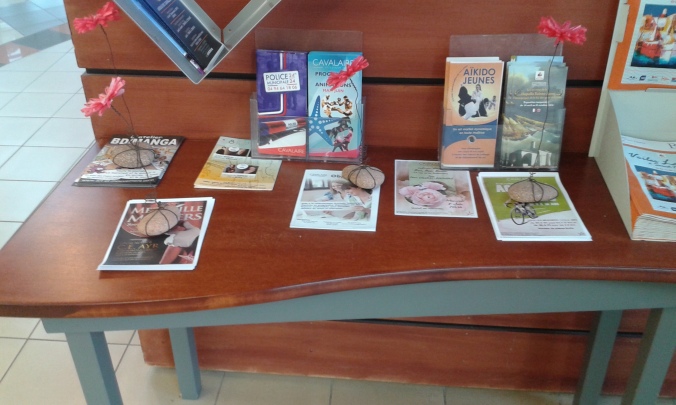 Tell us your thoughts, any language you choose Cancel reply 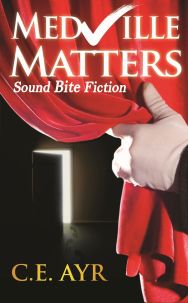 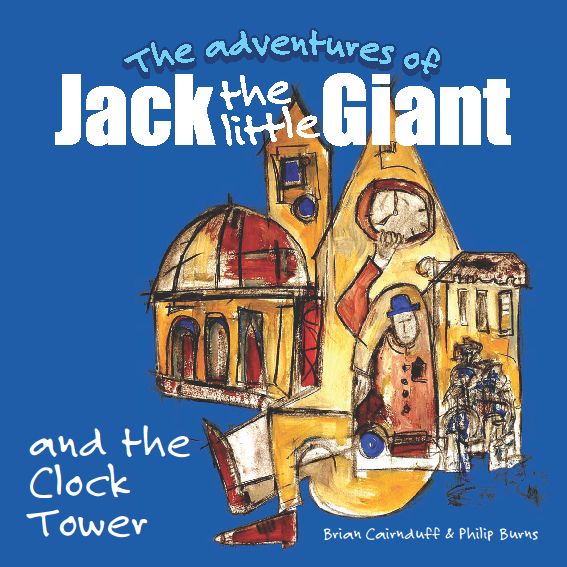